At the same time, it must be emphasized that no major city in Poland could boast a Sienkiewicz memorial before WWII. The lack thereof was most conspicuous in Warsaw, the city which had made at least three ineffectual attempts at filling this gap. The first one came right after the writer’s death. Instead, the capital had a street named after him; the procedure went quickly and smoothly due to the fact that the street in question was just an extension of Sienna and, though called Nowosienna, did not yet have a true name of its own, which is why it could be assigned a new one without too much controversy. However, it should be added that the press of that time suggested other streets in the center of Warsaw, all of similar prominence but slightly longer (Jasna, Hoża, Wspólna, and Krucza), as well as two city squares: Zielony and Warecki (both were in fact renamed in the early 1920s after General Jan Henryk Dąbrowski and Emperor Napoleon, respectively).[1] The second half-hearted attempt came, unsurprisingly, in 1924 (the year the writer’s remains were brought back to Poland) with a concert and a publication of several emotional but ineffectual appeals to the authorities. The third time the idea was taken up by the press was at the end of the 1930s; the spring of 1937 saw the publication of the statute of the Sienkiewicz Monument Construction Committee in Warsaw (Komitet Budowy Pomnika Henryka Sienkiewicza w Warszawie), envisaging the memorial in Małachowski square.[2] One look at the list of monuments actually put up in Warsaw in the interwar period will, however, reveal the distinctive prevalence of a rather small military assemblage among commemorated figures, whether individuals or symbolic characters representing e.g. the First Polish Corps in Russia, the Polish Military Organisation, or the Unknown Soldier killed fighting for the independence of Poland. Other projects were unlikely to receive the authorities’ approval and support. The select group of artists and scientists honored with their own monuments after 1918 was restricted to an obvious shortlist of Frederic Chopin, Maria Curie née Skłodowska, Wojciech Bogusławski, and Eliza Orzeszkowa. Their memorials took the form of minor sculptures or busts with the sole exception of the Chopin Statue, the magnificence of which should probably be attributed to the fact that it was designed by Wacław Szymanowski before WWI.[3] Naturally, the situation in other Polish cities was much worse. The troubled stories of the above-mentioned monument in Bydgoszcz and the Mound in Okrzeja prove that memorializing personages, even as popular as Sienkiewicz, was not possible without a high degree of devotion and involvement across the Polish nation. Unfortunately, WWII broke out before yet another public collection for the cause could take place. 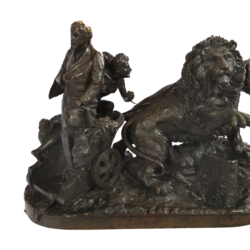 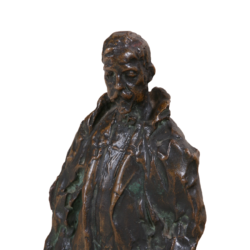 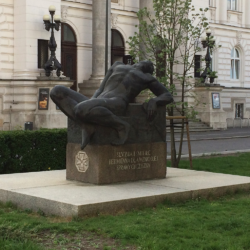 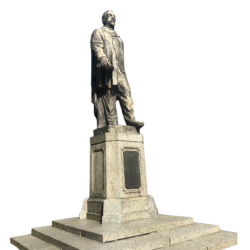 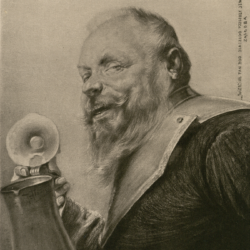 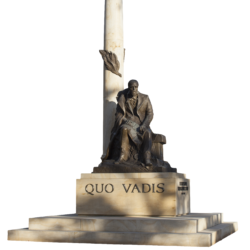 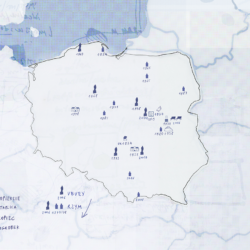