NPLP
\
Prus Plus
\
About The Doll Lexicon

About The Doll Lexicon

Over 100 entries authored by renowned scholars of nineteenth-century literature and culture, which present not only the major characters and events in Prus’s masterpiece but also their social and cultural context. It lists entries for both major characters (such as Stanisław Wokulski or Izabela Łęcka) and less obvious figures in the novel (such as Suzin or Baron Krzeszowski), but there are also entries concerning the real world in the time in which The Doll was being written. The lexicon is meant to help read The Doll in the way that accounts for the context that was obvious for the contemporary readers of Prus, but which is unfamiliar to us. The reader can find out why there are almost no Russian characters in the novel, what passport formalities Wokulski needed to complete when travelling to Paris, or what the sanitary conditions in contemporary Warsaw looked like. The collection is a digitalised version of the 2011 book publication, which has been enriched with illustrations: prints from nineteenth-century Warsaw press from the archives of the Institute of Literary Research of the Polish Academy of Sciences and the Warsaw Public Library.

The print version of The Doll Lexicon (Warsaw 2011) was edited by Alina Kowalczykowa and Agnieszka Bąbel, and was reviewed by Marian Kisiel and Marek Stanisz. The prints whose copyright is not listed in the entry are owned by the Institute of Literary Research of the Polish Academy of Sciences and can be reproduced provided that the source is acknowledged; the use of the remaining prints requires the owner’s consent. 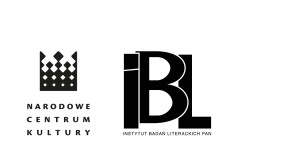