Sienkiewicz carried the idealism of pre-modern conceptions into the political and social relationships of his day thanks to the power of artistic creation. He intensely disapproved of the modern ideas about the functioning of the state. It may then be concluded that he not so much idealized history as he theologized it and juxtaposed it with ethical norms and ancient philosophers’ thoughts on the nature of the state.

Let us then point once again at the true roots of political theology propagated by Sienkiewicz.

Arkady Rzegocki[1] indicated two coexisting traditional ways of thinking about politics in Poland. There are, then, two types of political realism: classical, descending from antiquity and the Middle Ages (Aristotle and St. Thomas) and modern (Niccolò Machiavelli, Hobbes). The former manifests in the pursuit of truth, the political chain of being, it always appeals to the ethical, metaphysical and religious context.

Modern realism is nominalist in nature, it is concerned with the state as it is, not as it should be. Machiavelli focuses on the mechanism governing politics and simultaneously rescinding from wider metaphysical references. There are no references to God here, to natural law, the common good, religion, and morality. The only binding parameter is the criterion of the effectiveness of the ruler’s actions.

The domination of the classical concept of politics ends not so much with Hobbes[2] and Machiavelli’s speeches as with specific geopolitical changes. Rzegocki indicates the year 1648 – the end of the Thirty Years’ War and the Peace of Westphalia series of treaties which pushes the Polish-Lithuanian Commonwealth onto the margin in terms of importance in Europe and starts the modern approaches to politics which results in the Partition of Poland. It is also the date of the Khmelnytsky Uprising which Sienkiewicz chooses as the contexture of With Fire and Sword. It is easy to notice that the year 1648 symbolically introduces a new political order in Europe and for Poland, it is a time of decline that is to introduce a new redemption, which Wespazjan Kochowski expressed quite fully in Psalmodia polska (Polish psalms; 1700) thereby initiating a messianic approach to understanding Polish history.

In the axiology of the novel, Sienkiewicz accurately depicts the traditional attitude of the Polish gentry which of all political thinkers abhorred Machiavelli the most. The author often puts critical allusions to poison and betrayal as political tools in the mouths of  Trilogy characters and it is most clearly visible in the way the rulers rebelling against the rightful authorities are judged. In The Deluge, Zadencka repeatedly highlights this aspect of Sienkiewicz’s political axiology and she comments that the type of authority favored in The Deluge could be called “theocentric and anti-machiavellian.”[3] The writer himself was to identify lyrically with this stance in his letters from Venice from 1879. The insight into the merchant-utilitarian history of Venice, a city haunted by the ghosts of Hobbes and Machiavelli, engenders a feeling of affection for the Polish political idealism which was later so ruthlessly laid bare by Roman Dmowski in Myśli nowoczesnego Polaka (Thoughts of a modern Pole). In the face of incredible works of art, mosaics and marble a question arises: “[…] what purpose did it serve? What was it to humanity? What higher idea universal to all humans drove those merchants?.”[4] A wayfarer hoping to find some sense while traveling to see the points of origin of the European civilization is struck by a feeling of unfamiliarity and alienation finding themselves up against the pragmatic and soulless goals of the western world as well as, however, against its artistic achievements. Sienkiewicz semi-consciously follows the train of thought of Adam Mickiewicz from his Paris lectures in which the poet represented both the Polish civilizational backwardness and their feeble artistic accomplishments as a sign of being chosen, an indication of their singular spiritual predisposition and moral superiority. The emblem of Venice becomes the emblem of the cold modern world of pragmatic politics compared to which Polish history becomes the paragon of state virtue.

From the obscurity of the ages emerges the face of that Commonwealth, marble, proud, mighty, wearing a lion’s fierce frown or quasi wrathful, angry, bleeding, callous and there is no star-idea over her head. With what uplift does the thought then soar far, over the dark pine forests and grey fields! With what relief it scrutinizes that history, so different, unruly though they are and bustling with noise, bout so truly human! Ask anyone where they should like to live if they were born in the Middle Ages. Where there were no lions’ maws into which to throw delation, nor the Council of Ten […]! There were, admittedly, fewer columns, mosaics, and ostrich feathers but there was an idea which carried, like an archangel, winged battalions onto the Germans in defense of the Slavs, onto the Turks in defense of the Germans.[5]

The thought concludes with a quotation from a poem by Klemens Janicki: „Jać nie boleję, żem sarmackie dziecię…” (It pains me not that I’m a Sarmatian child). And thus the Trilogy, especially its last volume, is replete with the idea of Antemurale Christianitatis which is not just a historic furnishing, staffage, but is treated by the author with utmost seriousness and conviction. 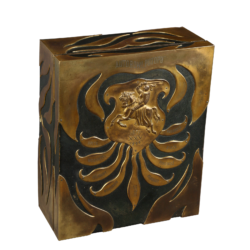 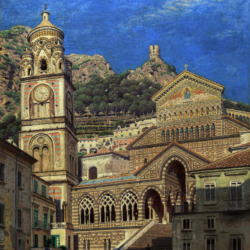 Politics as a root of reality 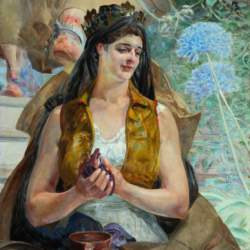 Henryk Sienkiewicz toward the lay Modernity 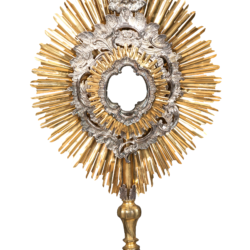 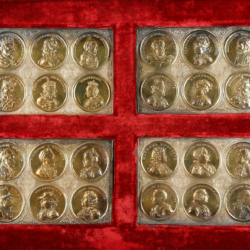 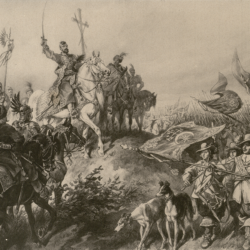 The bulwark of Christianity 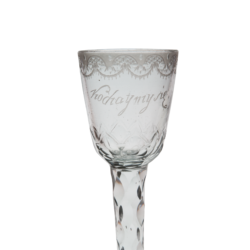 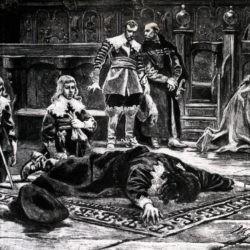 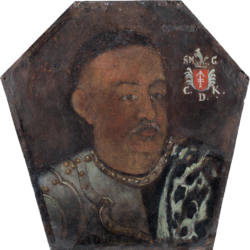 The legacy of the Polish-Lithuanian Commonwealth