If the protagonist “truly” desires, if, in some peculiar way (which the author assumes to exist irrationally, in a jumble of primeval emotions), he becomes the follower of his female goddess – he is free to do anything, and the reader is fully aware of this fact. When Bohun kidnaps Helena, the reader does not hold it against him – the female reader is sure to be disappointed that the lady chose the less fascinating (for the female reader) bachelor from Great Poland, so obsequious towards the honorable Wiśniowiecki family. When Kmicic kidnaps Oleńka, the male and female readers, as long as they are “excited” about The Deluge, support the daredevil without any scruples and without taking into consideration the civic virtues of his little rival. In other words, if the sensible and just Oleńka had chosen Wołodyjowski, the public opinion would have held her in lower esteem than if she had given in to the sexual urges of Radziwiłł.[1]

War crimes come as no surprise to anyone even if they clearly break the rules of the ethos of chivalry: the murders of the envoys, women, and children, “ethnic cleansing,” collective responsibility, rapes committed on women, their kidnapping, deportation, and deprivation of freedom. Such images can be found in all parts of the Trilogy, in Quo Vadis, as well as in other works by Sienkiewicz. They concern both conflicting sides, and even if not everyone commits war crimes, everyone accepts them. Feeling helpless, Benka writes ironically that the acts of war violence, especially violence against women, have a special meaning in the logic of war and “result from a certain primeval impulse – to pour sperm into a place where a murder was committed.”[2]

Taking the description of American expanses as the starting point, read through the image of Ukraine, which Sienkiewicz did not know from his personal experience, Benka confirms some of Zieliński’s intuitions, and she strengthens them, moving the considerations from a cultural to a psychoanalytical Freudian plane. She does that, but – as it later turns out – only in order to quickly leave this path. Similarly to Zieliński, she writes about the syncretism of Sienkiewicz’s imagination (or perhaps synthesizing of the remembered or projected images is a cognitive process of many writers?), which would show not only in mixing the descriptions of the Ukrainian steppe with the images of the American prairie, but also, primarily, in including his reading reminiscences, spread on the mythical tissue formed by Polish literature – the works of Mickiewicz and Słowacki, into the sphere of allegedly personal perception. But is this tangle of what was seen and what was known composed only of the texts of culture? Benka writes: “the land of Ukraine was for him [Sienkiewicz] a woman – a mystic woman, a woman that is giving birth, like Greek Gaea, to beautiful women (krasavitsa) – ‘the steppe sisters.’ In this sense, it comes as no surprise that his vivid comparisons finally focus on the womb, that in the subtle tissue of With Fire and Sword (Ogniem i mieczem), Helen’s womb seems to be some kind of sanctissimum […].”[3] The junior nature of Ukrainian culture, a certain kind of its subordination to some rather indeterminate center of Polish-Lithuanian Commonwealth, translates into gender relations. Ukraine, as a prefiguration of femininity, undergoes conquest and capture, as a prefiguration of fertility – undergoes sacralization. Both acts (capture and sacralization) follow the same logic – wartime-sacral logic (holy sacrifice, the association between sin and expiation), and Sienkiewicz fully employs both.

Violent sexual behaviors appear in the majority of Sienkiewicz’s works: the use of physical force towards women, kidnapping, beating, rapes, the phantasms of physical possession of a woman, of domination, of tearing her body, and of profanation are present not only in historical novels but also in American stories (Orso) and modern works (Charcoal Sketches [Szkice węglem], Whirlpool [Wiry], In Desert and Wilderness [W pustyni i w puszczy]).[4]Here is a symptomatic passage from Quo Vadis – the longing Vinicio is restless, waiting for the girl to be found:

But there were moments, too, in which he grew pale from rage, and delighted in thoughts of the humiliation and tortures which he would inflict on Lygia when he found her. He wanted not only to have her, but to have her as a trampled slave. At the same time he felt that if the choice were left him, to be her slave or not to see her in life again, he would rather be her slave. There were days in which he thought of the marks which the lash would leave on her rosy body, and at the same time he wanted to kiss those marks. It came to his head also that he would be happy if he could kill her.[5]

Benka formulates an extremely interesting thesis: she believes that the popularity of Sienkiewicz’s works and “even the particular ‘love’ that the wide circle of Polish readers feel towards them indicates that similar tendencies were not only Sienkiewicz’s individual aberration. This means that the obsessions of imagining, the aforementioned connection between fight and eroticism, between the spiritual struggles and love struggles held a wide appeal. Obviously – in the sphere of the unconscious.”[6] 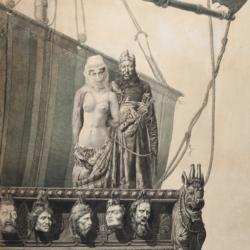 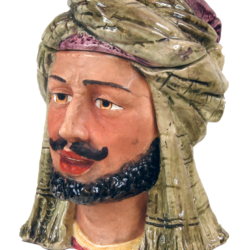 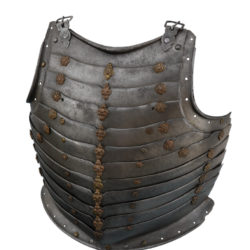 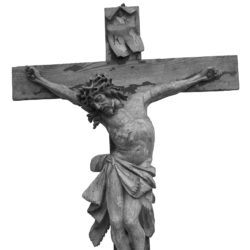 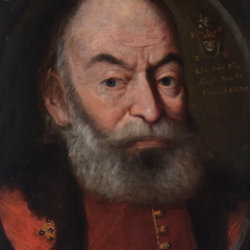 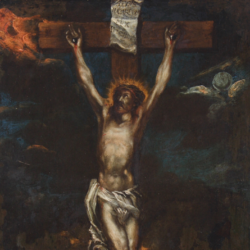 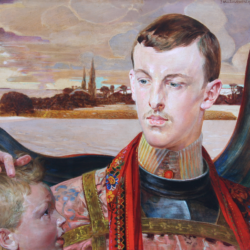 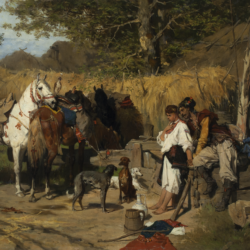 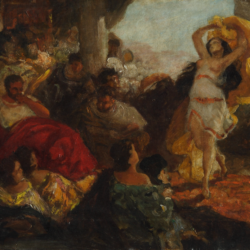 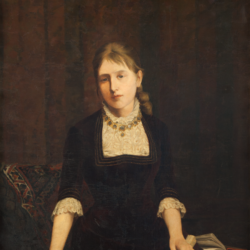