NPLP
\
Postmodern Sienkiewicz
\
Papers
\
Study
\
Faith at the Heart of Politeia: Henryk Sienkiewicz and his “Political Theology”
\
Shift into Past

The above hypothesis on the frame of mind and Sienkiewicz’s attitude at the time he wrote his major works may bring us closer to the understanding of his ideological hovering (more precisely, finding out why both of the then dominant movements, positivism and conservatism, appeared “equally wrong” to him) and his final, though not definitive, siding with the conservatives, who were at least able to notice the fact that spiritual needs were being smothered by positivists, or, to be more exact, by the pessimistic social atmosphere they had created[1]. In the context of Voegelin’s theory of political theology, Sienkiewicz’s decision appears to result directly from the process of destruction (or dissipation) of the spiritual integrity of the human soul. This, in turn, opened the soul up to the possibility of substituting the system of transcendent symbols with social doctrines and images from the collective or individual unconscious. For instance, the role of D’Alembert’s encyclopedism in the genesis of Gnostic positivism is thus commented on by the author of Order and History:

Insofar as the origin and the obligation of the bios theoretikos [and the “life of the spirit” at its heart – M.P.], and with it the meaning of humanistic civilization, are unintelligible from the pragmatic perspective of utilitarian values, we find in the attitude of d’Alembert an indication of the profound antihumanism underlying the Enlightenment and the positivist creed.[2]

The excerpt is worth quoting not only because it points to the Enlightenment as the starting point of the postmodern antihumanism (one should mention here that the source, Voegelin’s study, was first published in 1975), but also for acknowledging the likelihood of replacing the transcendental sensibility of the soul with the then dominant Scientism[3]. It could even be said that antihumanism is actually caused by the cult of science, which denies credibility to any religious experience of the transcendent order; instead, it proposes the precision of the scientific search for facts – and the related ascetic atmosphere. According to Scientists, it is not the human being but rather a depersonalized “subject of cognition” that can be attributed with dignity and be morally right.

Sienkiewicz’s turn towards the past, especially in the form of epic-style evocation in historical novels, is by no means a simple unequivocal alternative to Scientism and the pragmatism of that time. One of the basic motives for this change was a quarrel with presentism, a characteristic feature of positivism which was termed the “authoritative present” by Voegelin[4]. The American scholar repeatedly mentions the ubiquity of presentism in post-Enlightenment visions of the past, discernible in spite of the seeming emphasis placed on the detailed and well-grounded study of history by thinkers such as Turgot and Condorcet. In fact, the discrediting of the past by positivists took many forms, from representing it as a “sequence of events” governed by the causal chain but divorced from a historiosophical system (such as Christianity) to, most importantly, subordinating it – together with public awareness – to the doctrine of “progress.” In the words of Voegelin:

The idea of progress is, indeed, the idea of a static situation insofar as it envisages the future as “an addition to,” or “an elaboration of” the present. The idea that possibly the values of modem Western civilization might be superseded in due course by a civilization with a value structure as different from the present Western as is the Hellenic from the Chinese, does not enter these speculations on progress. Insofar as the future can bring nothing but a perfection of the values embodied in present civilization, and as the open future of man in history is transformed into a present aim projected into the future, the idea of progress is static. From this static element in the idea of progress stems the reactionary, paralyzed attitude of progressives in the face of new developments (not envisaged in a project which, in substance, is rooted in the eighteenth century) as well as the wrathful impotence of the progressive intellectual to answer with a positive, ordering will the disintegration of Western civilization.[5]

Voegelin reveals the ways in which the presentism-informed history of mankind shaped the 19th-century Historicism, which (even unto the intellectual initiatives of Carl Jacob Burckhardt and Wilhelm Dilthey) was mostly just an appearance of history: merely an extrapolation of the then-prevalent viewpoint, according to which the “authoritative present” is the consummation of the civilizational and cultural progress. At the very least, the “authoritative present” was seen as the junction where humankind finally arrived at the understanding of its true ends and destiny, conceived from the utopian perspective; thus, as far as the fundamental goals of the human being are concerned, the only thing left to do is their strenuous fulfillment.

Guided by his artistic intuition and a personal idea of searching for truth and objectivity, Sienkiewicz clearly developed his concept of the past by building a multi-faceted argument against the positivist – or, more generally, post-Enlightenment – idols or opinions (to draw on Plato’s differentiation) concerning the meaning of history and ongoing life. The fact that he selected the 17th century as the setting for the Trilogy could well be explained by an urge to provide psychological compensation to the Polish society for all the defeats it had suffered, but one could go much further. If we accept Jerzy Kwiatkowski’s proposition that Sienkiewicz possessed “a grasp of Poland’s historical fate, the ability to hit on its patterns, model situations,”[6] we may conjecture that his literary project went beyond his era’s notions of history and historicity. There is no doubt, for example, that if – in line with Voegelin’s supposition – the bourgeois-liberal civilization of 19th-century European powers was in a way (though not in the Marxist sense) reactionary, and this conservatism may have resulted not as much from allegiance to any specific social structure (for example, social class) as, paradoxically, from its progressiveness or allegiance to a certain concept of progress that excludes the possibility of any radical change, then Sienkiewicz used the dynamics of his characters’ actions and depicted the unpredictability of history in order to show that such radical changes are by all means possible – and should not be feared as long as our collective and individual spirituality is safely rooted in a transcendent order. 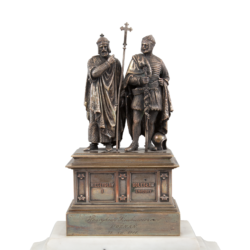 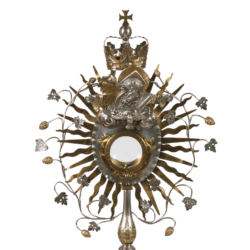 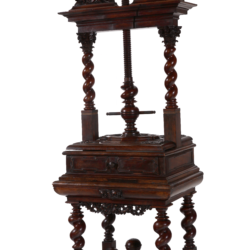 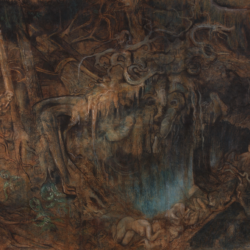 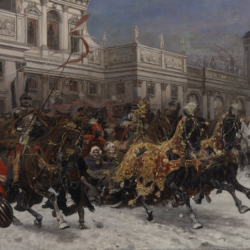 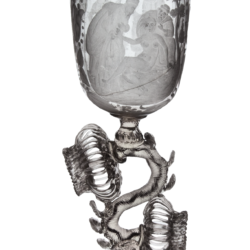 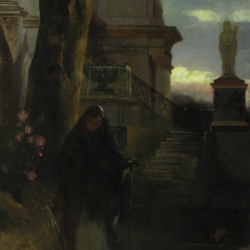