Ignacy Rzecki is frequently perceived as a naive and benevolent old man. In fact, it is one of the most complex and ambiguous characters in The Doll.

The Warsaw Absent from “The Doll”

In the Warsaw as portrayed by Prus, the omissions – such as Easter Orthodox Church in Saski Square – are as important as the painstakingly depicted places.

Stanisław Wokulski has very well-defined walking routes. Where does he walk? Which places does he avoid? Why?

Who was Stanisław Wokulski? Is there just one true story?

Why does Wokulski go to Paris, and not London or St. Petersburg?

One of the most frequently asked questions: did Wokulski truly love Izabela Łęcka? And why didn’t she love Wokulski? 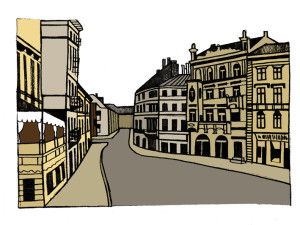 The Warsaw Absent from “The Doll” 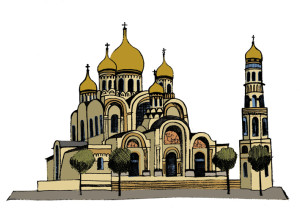 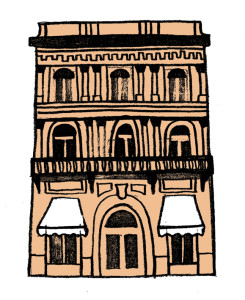 The Warsaw that we can see in The Doll is the one that we can see through the eyes of the protagonists. The space is always emotionally loaded, set in the sphere of their choices and dilemmas, connected to their biographies.
As we can see on the map, Stanisław Wokulski’s walks are limited to a small part of the city. We can see that – even though he moves along the Royal Route – he never manages to reach the Old Town, a district which was very dear to him before 1863 (click the icon of the Old Town to read about the significance of the Old Town for the January Rising and its mythology). The main character of The Doll does not want to remember either about the events connected with the rising or about the consequences that he suffered as a result of his involvement in the conspiracy. Wokulski heads for the opposite end of the Royal Route, towards the newer and richer districts in the south of the city, towards Aleje Ujazdowskie and the Łazienki Park, which he prefers to Saski Garden. 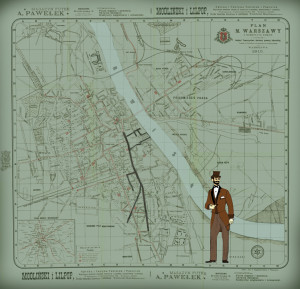 To see the map of Wokulski’s walks, click the map

During one of his walks, he turns from Krakowskie Przedmieście into Karowa, which leads him towards Powiśle – another district which, similarly to the Old Town, was important for the January Rising. Powiśle was home to Provisional Government and a hiding place for Romuald Traugutt, the last dictator of the Rising. At the times of The Doll it became a place of doubtful reputation. What Wokulski can see in microscale is the inertia and decay shown that characterised the life of Polish society in the period of partitions. The dunghill, the heaps of boards coming from some demolition, the water intake located next to a rubbish dump and to a sewerage outlet, the Vistula River which seems not to be moving but to be standing still – all these are the signs of death, which rules not only in Powiśle, but also in the whole city.
Wokulski does not seem enthusiastic about the new tendencies regarding the growth of Warsaw. He is interested neither in the official city centre, that is Theatre Square with the Town Hall, nor in the newly built shopping centre, located in the vicinity of Marszałkowska.
He focuses on Krakowskie Przedmieście – this seems to be in line with the plot – Wokulski owns a shop and a flat located in this street. Besides, Izabela Łęcka, whom he is courting and wants to marry, lives with her father between Trzech Krzyży Square and Wilcza. On the other hand, the tenement house that they had own and that Wokulski buys is probably located in Krucza, between Wilcza and Hoża.